The best Villas in Lazio

The Capital Region and beyond

Lazio, the region that is home to Italy's capital city, Rome, is at the centre of our peninsula, overlooking the Tyrrhenian Sea. Rome was the heart of the ancient Roman Empire and is one of the most beautiful cities and capitals in the world, with iconic monuments counted among the wonders of the world and UNESCO World Heritage Sites such as the Colosseum, the Pantheon, the Imperial Forums, among many others. But Lazio is also much more: it is unspoilt nature, between peaks and the sea, villages and towns rich in history as well as excellent food and wine known everywhere. There are also some must-see attractions on the coast, such as the ancient port of Ostia, which still has fine mosaics and a theatre. Further inland are the wooded mountains of the Apennines, with nature reserves, lakes and villages set in stone.

Lazio
Villa Oriente
15 Guests
6 Rooms
7 Bathrooms
1000 Sqm
In the countryside that marks the boundaries between Tuscany and green Umbria, Villa Oriente is a splendid estate recently renovated by skilled hands that have been able to make the most of the charm of a very characteristic residence capable of blending into the landscape in which it is immersed....
learn more +
Lazio
Villa Mira
8 Guests
4 Rooms
3 Bathrooms
1500 Sqm
History teaches us that the ancient Greeks and Romans were already fascinated by the Lazio coast and that Aeneas founded the city of Gaeta, where the nurse Caieta was buried. Along these coasts there is also the city of Formia, one of the most beautiful places in the Gulf of Gaeta. This enchanting...
From € 171,00 / Night
learn more +
Lazio
Villa Infinito
9 Guests
4 Rooms
3 Bathrooms
2025 Sqm
Surrounded by lush hills, in a magnificent position among expanses of vines and olive trees, Villa Infinito is a charming residence in the Sabine countryside, not far from Rome. The structure offers all the comforts for an unforgettable holiday with friends, relatives and children and is able to...
From € 215,00 / Night
learn more +
Lazio
Villa Pontina
10 Guests
4 Rooms
3 Bathrooms
300 Sqm
Villa Pontina is located in Sezze Romano, in the province Latina in Lazio and offers a unique blend of multiple worlds. Its convenient location, with its extreme proximity to the eternal city of Rome, both by train and by car, makes it truly unique. It is also within a short drive of the most...
From € 600,00 / Night
learn more +
Lazio
Villa delle More
17 Guests
6 Rooms
8 Bathrooms
250 Sqm
Immersed in the Umbrian countryside, Villa delle More is an elegant country house, ideal for long holidays in central Italy. For anyone looking for an alternative holiday that combines nature, culture and art, for those who want to fall in love with a theatrical stage on the green in an unspoilt...
From € 600,00 / Night
learn more +
Lazio
Villa Templaria
12 Guests
4 Rooms
7 Bathrooms
1000 Sqm
Residence of historical interest in a renowned holiday resort since the 9th century BC, Villa Templaria is immersed in the green of the beautiful hills of Viterbo, surrounded by plane trees and majestic holm oaks. First restored to its former glory with restoration works designed by the Prince of...
From € 900,00 / Night
learn more +
Lazio
Villa Ariele
16 Guests
6 Rooms
4 Bathrooms
1800 Sqm
In the splendor of the Lazio coast, between Rome and Naples, a few minutes from the sea, surrounded by a pine forest with ancient trees and immersed in a lush garden, Villa Ariele is a luxury residence that is spread over an area of ​​1,800 square meters and able to accommodate up to 16 people...
From € 1.200,00 / Night
learn more +
What to see
The capital and much more
What to eat
Unique delicacies
What to photograph
Incredible places 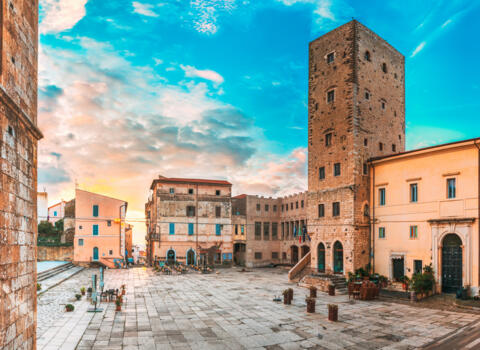 The village of Terracina
Terracina is a little gem with historical and architectural beauties hidden between the coast and the old part of the city. 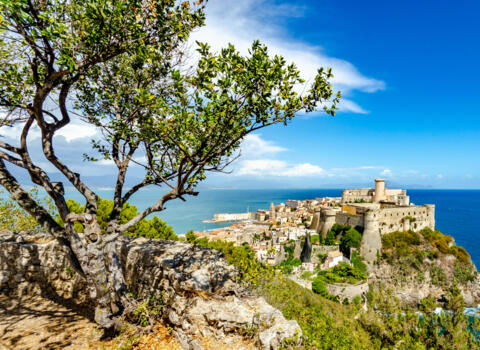 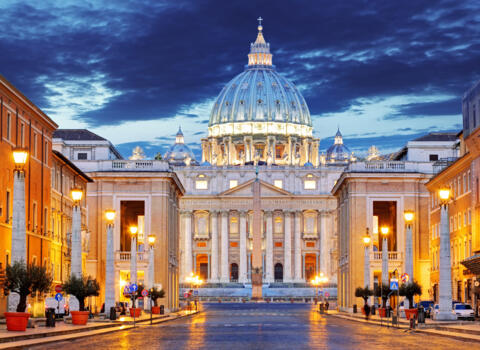 The greatness of St. Peter
The largest of Rome's four papal basilicas, St. Peter's, is called the largest church in the world and the center of Catholicism. 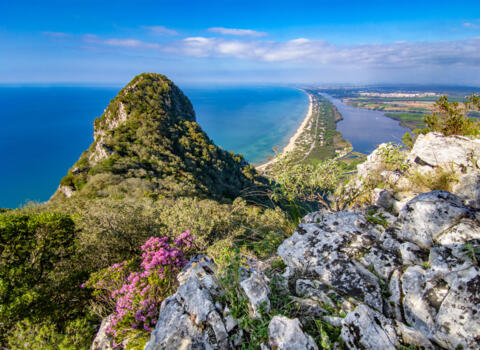 Circeo National Park
A very particular park since it is one of the few protected areas where the environments can be clearly distinguished, with a great biodiversity of high naturalistic value.
Contact for information on our experiences